“The most terrifying tennis tournament in recent memory” 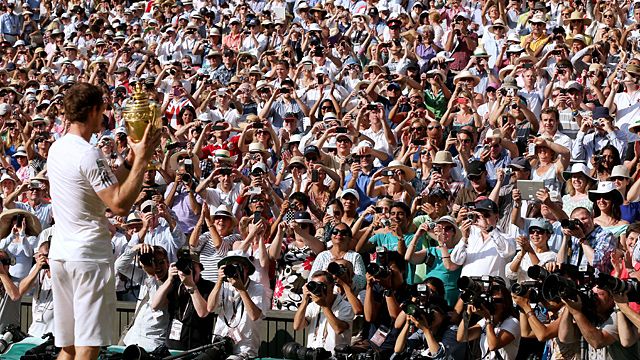 Wimbledon is..done and wrapped up for the year, but I wanted to share easily the best article I’ve ever read about any tennis anywhere. It’s from Grantland’s Brian Phillips, who was also behind the absolutely terrific soccer writing at the now-dormant The Run of Play (if you’ve ever wanted to spend a few hours entrenched in a Fitzgerald-tinged serial on a fictional professional soccer team in 1920s Brooklyn, go dig through that site).  Here’s just a snippet of Phillips’ story on the first week of the tournament, where Rafael Nadal lost on the first day, the previously unstoppable Serena Williams fell to the 18th-ranked Sabine Lisicki, and seven players who at one point in their careers were ranked No. 1 lost within a nine-hour span:

As a survival mechanism, fear is a complex adaptation to the reality of danger, the limits of knowledge, and the impossibility of controlling your environment. In the modern world, even living in a city can mean subjecting yourself to a constant low-level dread, all startling noises and ominous shapes that fool your dinosaur brain into thinking you’re in mortal danger. You can high-pass-filter that signal out of your consciousness, but it’s never far away; spend one night alone in a weird hotel and you won’t not believe in ghosts.

It’s really about tennis, I promise.